In this article, we will present the PlayStation 5 specifications, release date and console as the PlayStation 5 will arrive at the end of the year and thus in time to compete with the new Xbox Series X as well.The two consoles represent the next phase of the game and we will quickly discover more little by little.

PlayStation officially revealed the PS5 design for the first time at the Future of event Gaming in June . This surprised everyone by announcing not just one console but two. There will be a standard PlayStation 5 and PS5 Digital Edition without a 4K Blu-ray Disc player.

Its design is bold and elegant, dominated by white when the PlayStation debut. Other generations over the years have added white models. But it was always black or gray at launch.

The PS5 will be released worldwide starting with ‘Holiday 2020’. The epidemic and its impact on supply lines could have thrown a spanner in the business. But everything indicates that the launch of both console versions is still on the right track.

In fact, while some earlier rumors had claimed production could be delayed. AMD – which manufactures the processing unit and GPU – claims it will be delivered on time. Which indicates that production is on schedule.

Additionally, a report released in mid-July stated that Sony is very confident in its ability to manufacture enough units to meet its planned release date. It ramped up production – to manufacture between nine and 10 million PlayStation consoles. 5 to charge. End of 2020, beginning of 2021.

PlayStation has not yet confirmed the PS5 and PS5 Digital Edition pricing. But there were indications and rumors.

At the end of May 2020. Sony Interactive Entertainment CEO Jim Ryan said. The PS5 will deliver the “best bang for the buck,” but that doesn’t necessarily mean the lowest price. ”

Several leaks, allegedly from removed Amazon posts, indicated it later. That the standard PS5 price is $ 599/5564 Moroccan dirhams. If this turns out to be the case. We are sure that the digital edition will fetch the price under $ 500 / 4,644 Moroccan dirhams. This will make it even more attractive to the mass market – not just first-time users.
* PS5 design

According to photos and videos released at an event PlayStation In June, the PS5 models will be essentially the same – with only the drive bay, and the aesthetic difference. It’s unlike many of the concept leaks we’ve seen in the past.It’s a sleek looking console with curves, and while the PS5 looks great standing up, it can also be placed horizontally. 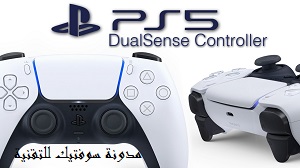 Next to the new device (s) there will be a set of accessories. It appears that the DualSense controller; along with the charging dock, headphones, HD camera, and return multimedia remote control will be available at launch.

As for the next-generation controller, DualSense, it marks the first deviation in long ago for Sony’s controllers, which have long been called DualShocks.

That’s not the only thing that’s changing either: DualSense provides a radical new design language for Sony, which matches consoles.

The range of the buttons hasn’t changed much, though the console has been upgraded to high-definition haptic feedback that would render the traditional rumble settings obsolete.

The console also has adaptive players for the first time, which means it catches up with an Xbox controller in a number of ways. It’ll even have built-in microphones so you can chat with friends without a headphone, in theory.

We also know now that the PS5 will only support the old PS4 DualShock 4 controllers on a limited basis. It will work when you play PS4 games on new hardware. But not with the PS5 games, which would make perfect use of DualSense’s new features if possible.

We now know a lot about the PS5 thanks to a deep dive into the console that came online in March.

Here are the full PS5 specs:

Mark Cerny, senior PlayStation system engineer, confirmed that the new console will feature an octa-core processor based on the 7nm dAMD process and will be similar to the Zen 2 Ryzen computer processors.

Its GPU will be based on the Radeon Navi dAMD microarchitecture (a dedicated RDNA 2 chip) and will support ray tracing, which will be hardware-based rather than software-based.

It will be capable of producing 10.28 TFLOPs (compared to 12 TFLOPs from the Xbox Series X) and has 36 custom cores registered at 2.23GHz (again at variable frequency)

Some reports claim, including a CNET interview with PlayStation boss Jim Ryan. That the PS5 will be able to play at 4K 120Hz – with up to 8K resolution in the future.

Storage is provided by SSD (Solid State Drive) instead of the traditional hard drive technology used in PS3 and PS4. Loading games and extracting in-game resources will be much faster.

Storage will be less than 1 TB that comes with the Xbox Series X and set at 825 GB – this is assumed to be free space on a 1 TB drive.

But there is an expandable NVMe SSD slot for an additional SSD so you can easily add another drive in the PS5. There’s also the option to plug in an external drive, thanks to USB support – this was also available on the PS4, of course.

The 825GB built-in storage doesn’t seem like much when you consider that even upgraded PS4 Pro games can consume more than 100GB each (just see Read Dead Redemption 2, for example, which weighs at least 99GB).

Anyone who has swapped out a PS4 hard drive for an SSD equivalent will already know some of the speed benefits, but PlayStation 5 will combine significantly faster data transfer speeds with onboard processing to make this even faster.

To illustrate, Cerny used a modified version of Marvel’s Spider-Man in a 2019 demo. On the PS4, the Quick Loading Break screen connects about 15 seconds before Spidey appears at its new destination. On a PS5 devkit (it was at the time hidden in an indescribable tower PC style), this took 0.8 seconds.

Another cool feature that will make great use of the PlayStation 5’s SSD will be Activities. You will basically be able to restart or play a game at a certain level directly from the home screen. You don’t have to download the entire game first. 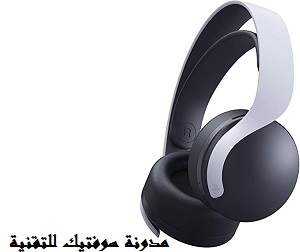 The audio hardware will be enhanced thanks to the AMD chipset. It includes a dedicated unit for 3D sound that promises significant acoustic improvements over current and previous devices, showing a natural surround effect in regular headphones.

You can experience the capabilities of 3D audio in this demo of Sony’s 360 Reality Audio – just make sure you listen with headphones.

The standard PS5 will continue the PlayStation tradition of offering a disc player. Additionally, while Sony skipped 4K Blu-ray for the PS4 Pro, it reflects that resolution in the PlayStation 5.
It is normal for the digital version not to contain a physical media player.

The PlayStation design team indicated that the PS5 will feature a new user interface that has received a “100% overhaul” from the PS4.

“Since it comes with a UI, it’s comfortable at first, but it’s a brand new visual language and a comprehensive UI overhaul,” Matt MacLauren, Vice President of UX Design at PlayStation, said in a post on LinkedIn in June. . The post has since been deleted, but its comments indicate that we might see something out of the ordinary.

So far, the only exciting new UI appeared in this post, but was later tweeted by Tom Warren of The Verge.

One great confirmed feature is full backward compatibility with PS4 games. But unlike the Xbox Series X, not all current games will be compatible. During the “Road to PS5” presentation in March 2020, Mark Cerny said: “Almost all of the 100 PS4 games will run on the PS5 at launch.” It’s a little disappointing.

However, it has been revealed that, as on Xbox Series X, many games purchased for PS4 will come with a free upgrade to the PS5 version upon upgrade. It’s up to the publishers, but many of them, like EA and CD Projekt Red, have signed up.

When it comes to cloud gaming, Sony’s PS Now is still in progress – with hundreds of games available for the PS4. So we suspect the company will turn its back on service anytime soon.

In fact, PS Now is in the process of being refilled (and making it cheaper). As Cerny said in his first interview with Wired, “We are pioneers in cloud gaming, and our vision should become clear as we move towards launch.”

A deal with Microsoft to convert Sony’s gaming services to Azure cloud servers could see significant improvement in latency and other tech features for PS Now over the next year. Granted, Sony doesn’t want Google Stadia or Microsoft’s xCloud project to dominate the cloud gaming market without a fight.

The game giant’s CEO thinks PS Now could become a bigger deal in the face of such rivalry: “We’ve already achieved a lot, maybe a lot more than people realize,” Ryan told CNET. “Our goal is to build on these lessons and truly strive to take PlayStation Now to the next level later this year and in the years to come.”

Current PlayStation VR headsets will also be compatible with the PS5.

One thought on “PlayStation 5 specifications, release date, and console”