Recently Google cleaned the Play Store sore. It uncovered 25 apps that could steal your Facebook account password. The store still inadvertently hosts malware and other malicious things that, at best, slow down Android phones or, at worst, steal their data. This time, it was the French cybersecurity company Evina. She was the one who examined these apps as at the end of May, she revealed 25 apps present on the Play Store. Some of them are more than a year old, and that contain malicious code. All of these apps came from the same group of hackers and the business style was always the same.

Under the cover of legitimate functions (activity tracker, photo or video editor, torches, games, utilities …). The malicious code has detected recently opened user apps, especially the ones shown in the first plan. The primary target of these malicious apps was primarily Facebook.
If the social network application is detected. The app will instantly fake a fake Facebook login webpage in order to retrieve the user’s credentials.

In other words, the phishing attempt would have redirected the credentials to a domain called airshop.pw upon success. Where this field is not activated. After notification by Evina at the end of May. Google immediately intended to remove 25 apps containing malicious code from the Play sore store, but before that, they had been downloaded over 2.34 million times.

Once again, despite its efforts to enhance security, hosting applications that mask the malicious code remains a major concern of the internet giant.

You can find the full list of 25 apps that can steal your Facebook password. In principle, if you installed it, it is automatically disabled by Google 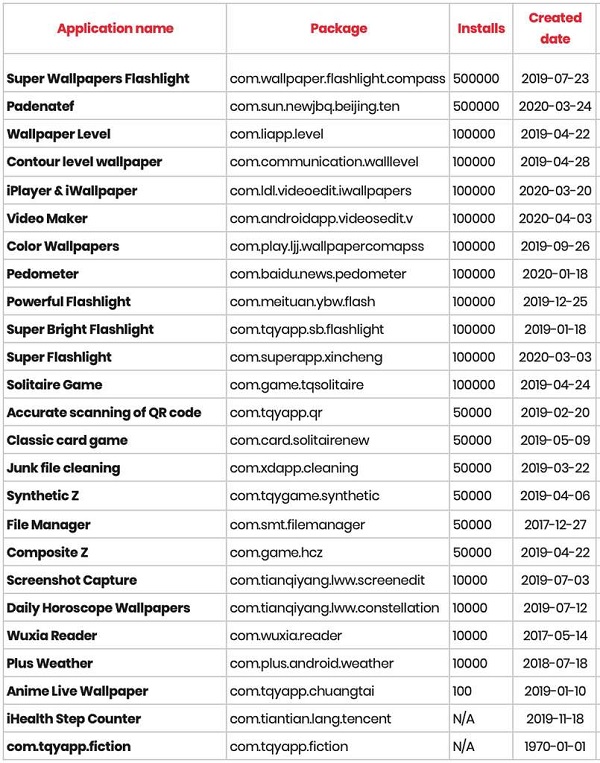