In addition to space tourism, Virgin Galactic has big plans for high-speed air travel.
On Monday, the company expected to conduct its first tourist trip into space in the first quarter of 2021, with the participation of its president and founder, Richard Branson.
The company, founded by the British billionaire, has made it clear that it intends to “move to the next phase of its autumn test flight program” with two manned flights.

Implementation of these plans requires a new type of aircraft, however, and the company has revealed initial design concepts for its high-speed “March 3” aircraft. Virgin Galactic has also announced its intention to work alongside Rolls-Royce.

The first design phase is for a Mach 3-certified Delta Aircraft that will carry 9 to 19 people flying at an altitude of 60,000 feet. Where it will provide custom cabin amenities, such as business or first class seats, Virgin Galactic hopes to use sustainable jet fuel. 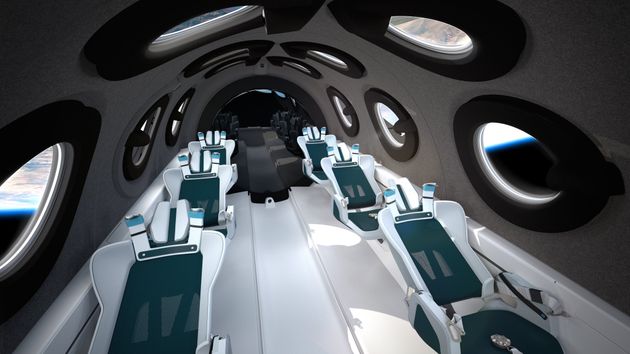 Next, the company will define specific system architectures and specify the materials that will be used in the design and manufacture of the aircraft. Virgin Galactic has also signed a non-binding memorandum with Rolls-Royce to collaborate in the design and development of propulsion technology for high-speed commercial aircraft.

Virgin Galactic has not yet set a specific date at this point, but its executives recently emphasized that it is a matter of months, not years.

The company’s first flight, which reported that 600 people had bought tickets for their space trips in exchange for $ 250,000, will undoubtedly be the spark for commercial flights into space, given that the development of the company’s rocket ship, called SpaceShipTwo, has been significantly delayed due to an accident In 2014 when a mistake in handling one of the pilots caused the aircraft to disintegrate in flight.